SPFPA Local 464 and 465 Leadership and Members worked together with International Vice President Joe McCray to fend off attacks from two small unions. Their unity was their shield against being misled by the other unions whose only interest in the group was to line their pocket. They are just not prepared to handle a unit of this size. Once they knew there was no chance for a victory, neither union had a representative present for the count. SPFPA International and Local representatives were present in full force.

One of the attackers, the united federation, and its troubled affiliate leos-pba has lost two elections in a row, and more of their groups are reaching out to the SPFPA for help.

We congratulate our Brothers and Sisters of Local 464 and 465 and are honored to continue our service to these hardworking Officers.

LEOSU loses another unit to SPFPA. 112 Marriott Hotel Services Officers @ The Gaylord Resort and Convention Center voted unanimously to leave the troubled LEOSU after its leadership failed to negotiate a new contract, trapping them into a no gain extension. SPFPA used all our resources and won the Officers the right to vote, and we welcome them to our SPFPA PRIDE.

On 12/22/21 – The Security Officers working at the Gaylord National Resort and Convention Center in National Harbor Maryland voted unanimously to become a part of our SPFPA family. As we look forward to the new year, we know that SPFPA will remain the largest and fastest growing Security Police Union in America. We welcome our Gaylord Brothers and Sisters and look forward to working together to win the gains they truly deserve.

THANK YOU FOR ALL YOU DO!

SPFPA HOLDS a SWEARING in ceremony DURING STEWARD TRAINING

SPFPA Region 3 Vice President, Ryan Kelly, swore in Local Union Officers and Stewards from Local 1955 Disneyland and Local Union 100 during a Steward Training Meeting conducted November 5, 2021. Over the course of two training sessions our Local Union Leaders received tools, knowledge and skills to improve communication representation and Local Union processes to better assist their members with workplace issues and strengthen solidarity. It was great to hear such positive feedback and quality information that everyone received. Thank you all for attending and participating to help grow your Local Unions. One Union One Pride!

The American Paragon Protective Services Security Police Officers at the NASA Ames Research Center in Mountain View, California, overwhelmingly voted to join SPFPA and leave their old union. That union had failed to deliver the service they deserved.

Welcome to our SPFPA Family!

SPFPA Region 3 Vice President Ryan Kelly will now use his experienced negotiating skills to ensure the officers are heard at the bargaining table. We now move Forward Together as ONE UNION, ONE PRIDE!

SPFPA answers yet another call from a unit of Security Professionals seeking to leave their small unorganized union. The current union was unprepared and failed to negotiate a new contract for the Marriott Officers. SPFPA filed a petition on behalf of these Officers with a majority showing of interest. The NLRB has docketed the petition, and SPFPA is dedicating our complete resources to this priority!

For over 70 years, SPFPA has worked for Security Police Professionals in every industry to ensure they have a REAL VOICE on the job!

On October 12, 2021, the National Institutes of Health Lieutenants of SPFPA Local 466 voted 2 to 1 to Stay SPFPA Strong! Congratulations to SPFPA Region 4 Vice President Joe McCray and the entire NIH Committee for a JOB WELL DONE!

NOW WE MOVE FORWARD TOGETHER!

Security Watch Officers beat the Union Busting tactics of their Employer and won the right to be heard at the bargaining table. SPFPA Strong!

The AUS Officers at this facility Voted Yes SPFPA. They now have access to the resources and experience of SPFPA!

The Chenega Infinity Officers who protect the property and personnel at the Federal Law Enforcement Training Center in Maryland, VOTE YES SPFPA!

The HBC officers working at the National Protection and Programs Directorate (NPPD) in Arlington, Virginia, Overwhelmingly VOTED YES SPFPA! We are honored  to welcome these Officers to our SPFPA Family.

In a landslide victory, the Wellpath Custody Officers who work at the South Florida Evaluation and Treatment Center – SFETC. Won their NLRB Representation election on Monday, August 30, 2021. The Employer attempted to end the organizing drive and maintain full control by using Union Busting tactics… But Enough was Enough!

The SPFPA has represented the Wellpath Officers at the Treasure Coast Forensic Treatment Center in Indiantown, Florida for years. We welcome these Officers to our SPFPA Family.

The Nuclear Enforcement Officers National Unions (NEONU) Affiliated with IUSPFPA-PBA WON its first election with a 63 to 1 VICTORY!  NEONU will now focus on the upcoming negotiations and Local setup.

We have already received calls from other Nuclear Enforcement groups wanting to join NEONU’s movement of protecting all Nuclear Security Officers across the Nation. NEONU, IUSPFPA-PBA Website::CLICK HERE

The Protecting the Right to Organize Act (PRO ACT) protects the basic right to join a union.

Hana SPO's at the US Federal Trade Commission facility in DC are ready to VOTE YES SPFPA!

The Security Professionals working at the Federal Trade Commission in Washington DC are ready to Vote YES SPFPA. Once they win their election the Officers will be a part of the Federal Protective Service Officers National Unions, affiliated with The International Union, SPFPA-PBA. FPSONU Website: https://www.fpsonu1.org

This unit will be assigned to SPFPA’s Region 4 headed by Vice President Joe McCray and his team. We look forward to welcoming them to our SPFPA Family. 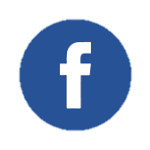 The Nuclear Enforcement Officers National Unions (NEONU) affiliated with IUSPFPA-PBA, WINS BIG 63 to 1 at the Grand Gulf Nuclear Station in Port Gibson, MS. We are proud to welcome these Nuclear Security Officers to our Family. NEONU Website: NEONU.org

LOS ANGELES (CBSLA) — An armed man was caught by Federal Protective Service inspectors as he tried to enter the parking garage of the Edward R. Roybal Federal Building in downtown Los Angeles, authorities said. The incident happened at about 1:30 p.m. at the federal building, 255 E. Temple St. Jim Goodwin with the Federal Protection Service, the uniformed security police division of the Department of Homeland Security, said the man was stopped by officers who saw a firearm inside the vehicle.

SPFPA International President Dave Hickey is recognizing a job well done, stating “We are proud to be the representatives of more Paragon PSO’s then any other union, and offer our support and commitment to all PSO’s from our newest division, the Federal Protective Service Officers National Unions affiliated with IUSPFPA-PBA.” We invite you to visit our FPSONU website fpsonu1.org

You can read more about this story here. https://losangeles.cbslocal.com/2021/07/14/federal-police-armed-man-caught-trying-to-enter-roybal-federal-building-downtown-la-arsenal/

The Number One Federal Protective Service Officers Union in the Nation.

Local 725 meets with employers for a labor/management meeting

SPFPA - ONE UNION, ONE PRIDE!

NLRB Rules in favor of the SPFPA!

Recently a small union tried to force open an SPFPA contract for personal gain. If successful, it would have put hard-working ISS Action members and their families at risk. The SPFPA International President dispatched our law firm, who stopped the effort and the SPFPA members remained protected. SPFPA UNITY STRONG!

A unit of Hana Industries Security Police Professionals were tired of the lack of service by their small union, an affiliate of a so-called Federation. The Officers reached out to SPFPA, who took immediate action to help these hard working Security Police Professionals. The Officers were quick to fill out SPFPA online interest card forms and a petition was filed with the NLRB.

When the final election agreement was completed, the small affiliated union of the so-called federation would not be part of the election, knowing they were going to lose, they wouldn’t even fight to keep their members.

Just recently 362 members of this particular Union filed a petition with the NLRB seeking to remove the Union security clause from their contract.

If you are stuck in a failing union and you want to put the experience and resources that only SPFPA can deliver then, Call 800-228-7492 our SPFPA representatives are ready to help you and your fellow Officers join the SPFPA Pride!

Georgetown University Police Officers have petitioned the National Labor Relations Board (NLRB) today, Thursday, July 1, 2021. The Officers seek their independence from their current union that for years has failed them. The International Union, Security, Police and Fire Professionals of America (SPFPA) were proud to represent the Georgetown Officers for many years and we are ready to welcome them back to the SPFPA Pride!

The Georgetown University Petition is one of three petitions filed in the last two weeks where officers seek to rid themselves of the same union that made big promises but delivered nothing!

Just recently 362 members of this particular Union filed a petition with the NLRB seeking to remove the Union security clause from their contract.

SPFPA will use all our experience and resources to ensure the Officers in all three groups receive the service and protection they deserve. Together we will succeed, SPFPA STRONG!

The Chenega Infinity Officers working at the Federal Law Enforcement Training Center in Maryland are ready to leave their current union and join SPFPA, the Global Authority of Security Police Unions. SPFPA filed an NLRB petition on their behalf Friday, June 25, 2021. SPFPA Region 4 Vice President Joe McCray and leaders from SPFPA Local 463 met with the FLETC Officers to answer all their questions and share information.

The FLETC Officers stated that their current union failed to provide them with service and proper communication. Just recently 362 members of this particular Union filed a petition with the NLRB seeking to remove the Union security clause from their contract.

SPFPA looks forward to welcoming the FLETC Officers to our SPFPA family.