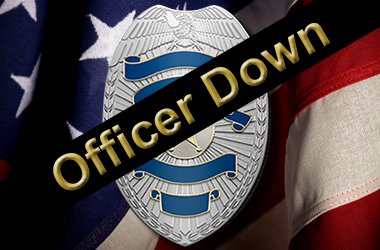 “Folks came down just to steal, just to destroy property and just to hurt officers,” Hayden said. He said the four officers were standing near a police line when they were hit by gunfire. He did not know if more than one person fired the shots.

I’m stunned, innocent officers being shot at,” Hayden said. “We need to pray for our city and pray for the officers.”
All were being treated at an area hospital. When the department announced the shootings at 12:45 a.m. on Twitter it said, “Officers are still taking gunfire downtown.”

The shootings came after a day of peaceful protests, but as the night wore on violence and vandalism erupted.